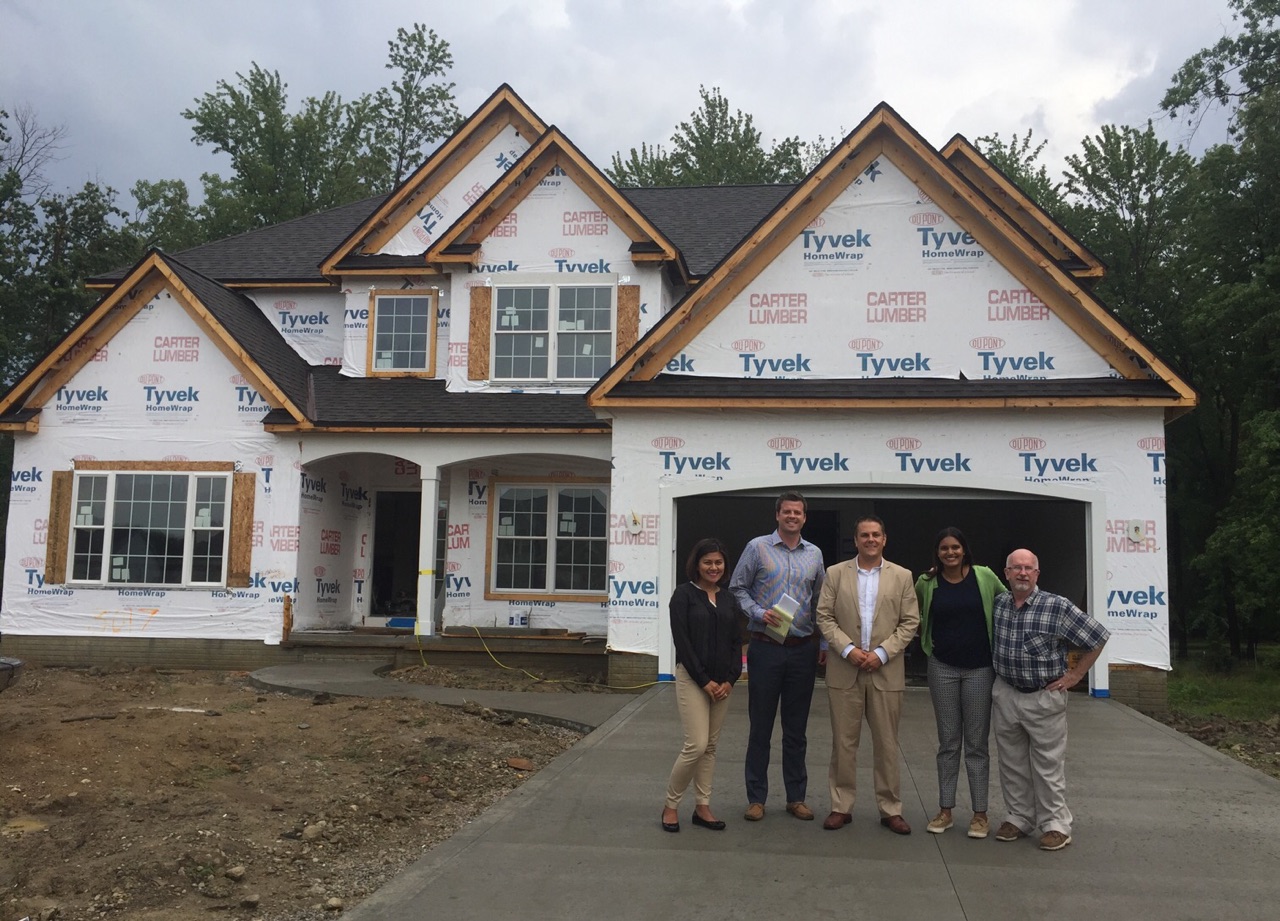 On August 3rd, the Regional Regulatory Reform Roundtables brought representatives from the SBA Advocacy Office to Cleveland, Ohio where staff had the opportunity to visit a Pro Built home development in Willoughby, Ohio.

It was there that we met with George Davis, President of Pro Built, to get his take on the regulatory impact on his home construction business.

Davis explained that before the first shovel full of dirt is turned over he spends an average of three years conforming to a myriad of regulations. After securing the property to be developed he hires a wetlands consultant to draw up an analysis which is then turned over to the Army Corps of Engineers. After their approval of the plan (which can take more than a year) he moves to address the Federal and State EPA regulations as well as regulations of local agencies of cities, townships, counties and planning commissions. In addition to all of this he complies with the Endangered Species Act rules, such as those dealing with the Indiana Bat. These rules limit the clearing of timber to cold months (October through March) to ensure that the species of bats that are listed are protected.

According to the small Ohio home developer, financing has also become a major issue for developers and builders. Following the financial crisis of 2008 the Dodd/Frank legislation made lending to developers and builders much more challenging. Lending institutions are required to keep funds in reserve and are generally not lending to small entities. In addition, developers are required to contribute 15 percent of the appraised fully developed value of the property and keep this amount during the duration of the development. The smaller institutions are forced to charge higher rates and are limited to how much they are willing to lend to the developers. Traditional development loans are not being made. Of the 35 developers and builders working the greater Cleveland area in 2008 only eight are left today, Davis said.

George also noted that approximately 25 percent of the cost of a new home can be attributed to the cost of complying with regulations – from federal down to local entities. This means that a considerable amount of regulatory compliance becomes a part of the homeowner’s mortgage obligation, with interest.

Les Davies serves as the Region 5 Advocate for the SBA Office of Advocacy, representing small businesses in Illinois, Indiana, Michigan, Minnesota, Ohio, and Wisconsin. Davies works with small business owners, state and local governments, and small business associations to bring the voice of Region 5 to Washington DC. He can be reached at Leslie.Davies@sba.gov.

Office of Advocacy Appoints Darryl L. DePriest to Serve as Regional Advocate for…