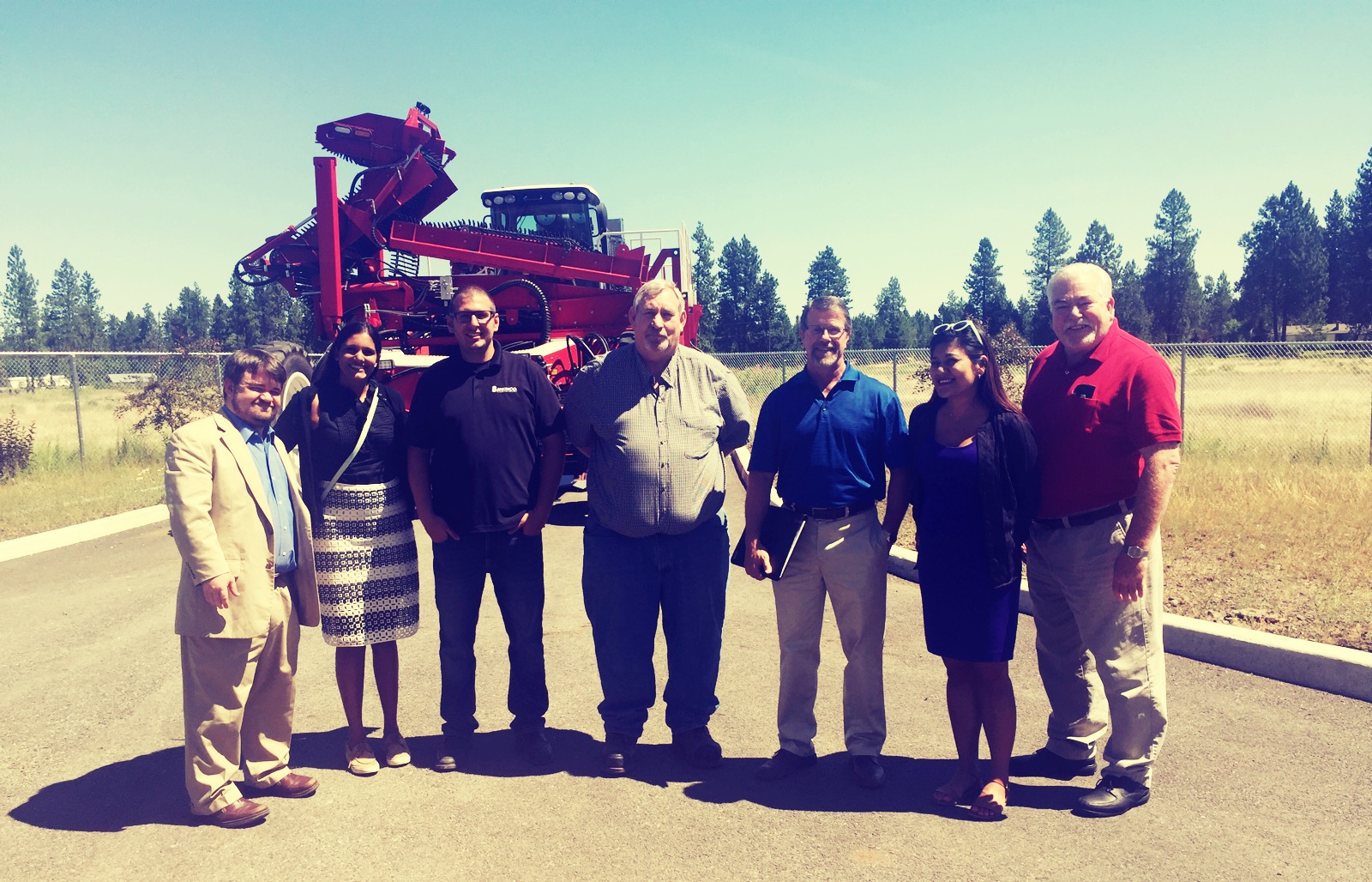 Founded in 1989, the company has 50 employees. It specializes in in-house engineering and manufacturing and also produces custom designs from other sources. Wemco’s main industries include construction, aerospace, nuclear, utilities and special contract projects for the Army Corps of Engineers.

Wemco specializes in manufacturing large cranes. While touring the facility, Advocacy staff saw a large crane being manufactured for Boeing. It will be used to assist with flattening sheet metal over airplanes. Advocacy also witnessed Wemco’s own 100 metric ton cranes in action. In the past, Wemco also manufactured large-scale agricultural equipment including a potato harvester. They stated that due to the volatile nature of the agriculture industry, they stopped producing this type of equipment in favor of working primarily with the aerospace industry which is more secure.

Turner, Rouse, and Key all spoke about various regulations that affect the small manufacturing industry. One of the issues they raised was the Department of Labor’s overtime rule. They stated that their engineering employees are hurt most by the rule and that they have moved to an hourly work schedule in order to allow them the flexibility to complete their projects.

Another issue was regarding the North American Free Trade Agreement. They stated that it was a disaster for border states because often jobs from Washington State are given to Canada. They stated that recently approximately $15-20 million of work has been awarded to Canadian crane companies. Wemco, itself, does very little exporting because regulations in other countries are too stringent. They said that in contrast, the U.S. does not hold out of country companies to the same standards as U.S. based companies, which creates an unfair advantage for non-U.S. based small business.

Wemco disagrees with their state’s 2012 legalization of recreational marijuana, as it has created the potential for employees to operate machinery while under the influence of the drug. Moreover, marijuana is still illegal under federal law, creating an additional problem for staffing the company’s federal government contracts.

Advocacy was impressed with Wemco’s overall infrastructure. The company has two large warehouses in which they manufacture their products. Everything is done in-house from working on the design specifications, to custom welding for unique parts, to custom paint treatments once the product is complete.

Wemco’s motto is, “We manufacture productivity,” and after touring the facility and speaking with company staff, Advocacy saw, first-hand, the high level of productivity and precision with which this small business operates.

Site Visit: Advocacy has a Colorful Conversation with Zak! Designs