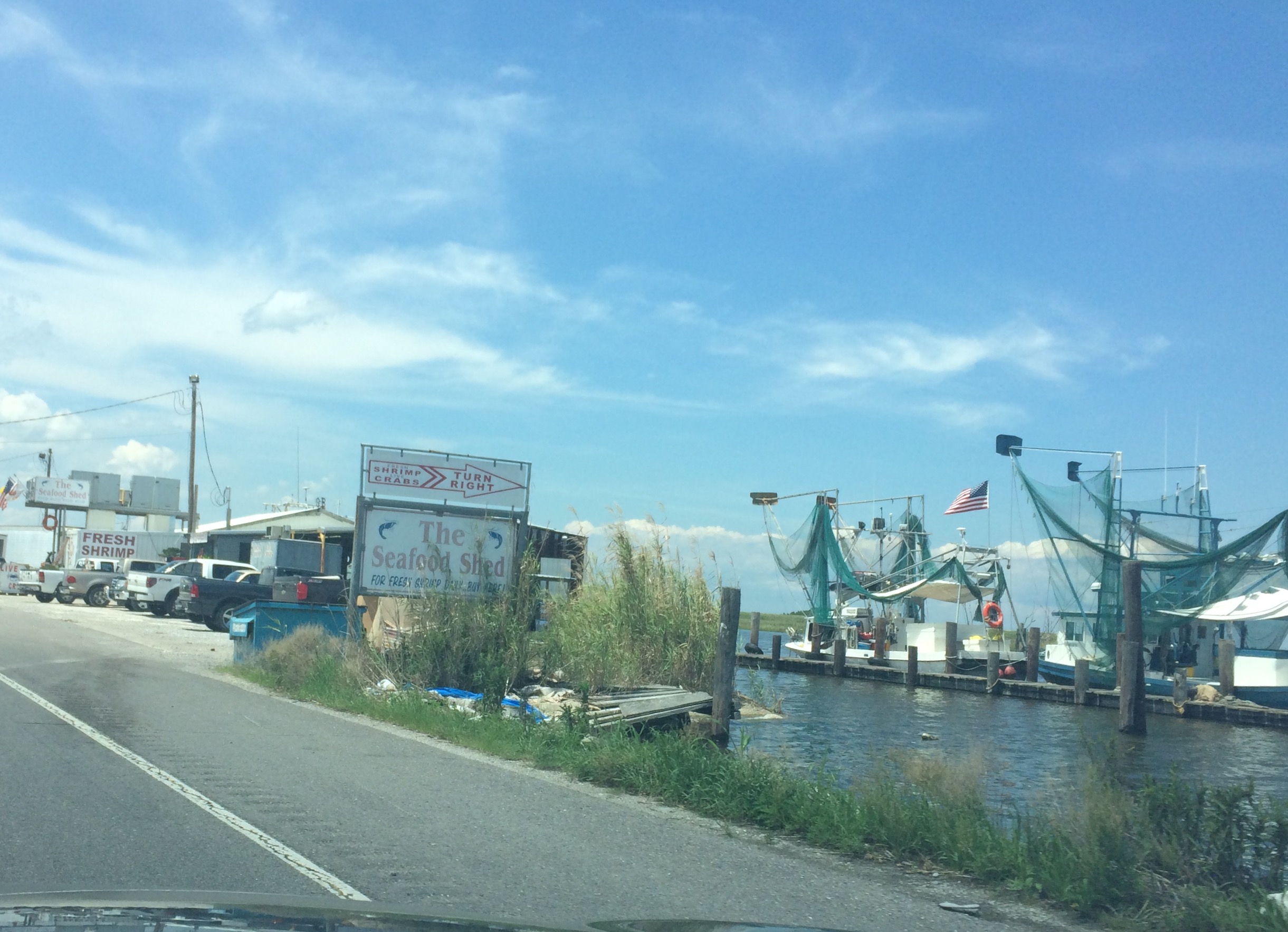 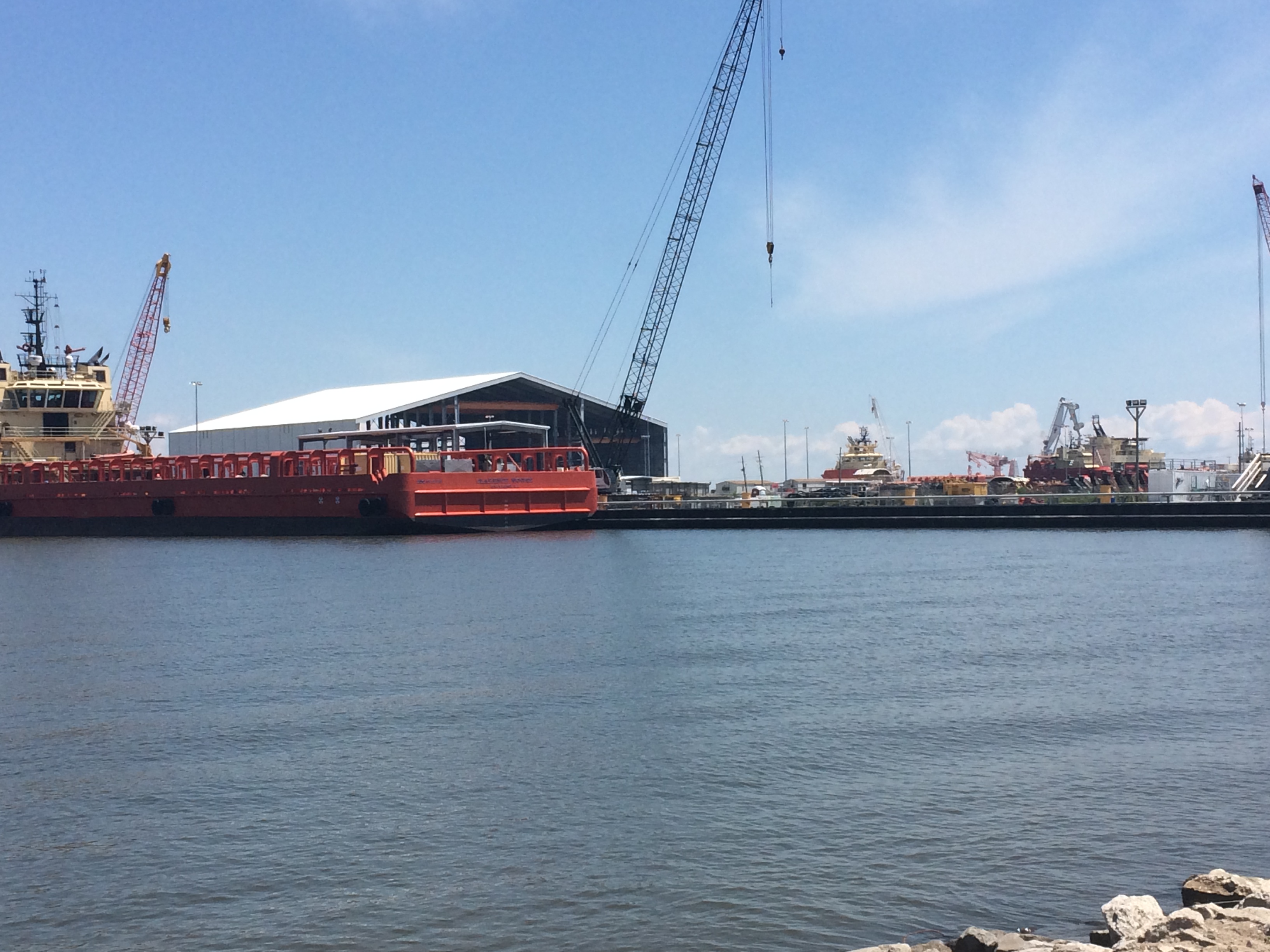 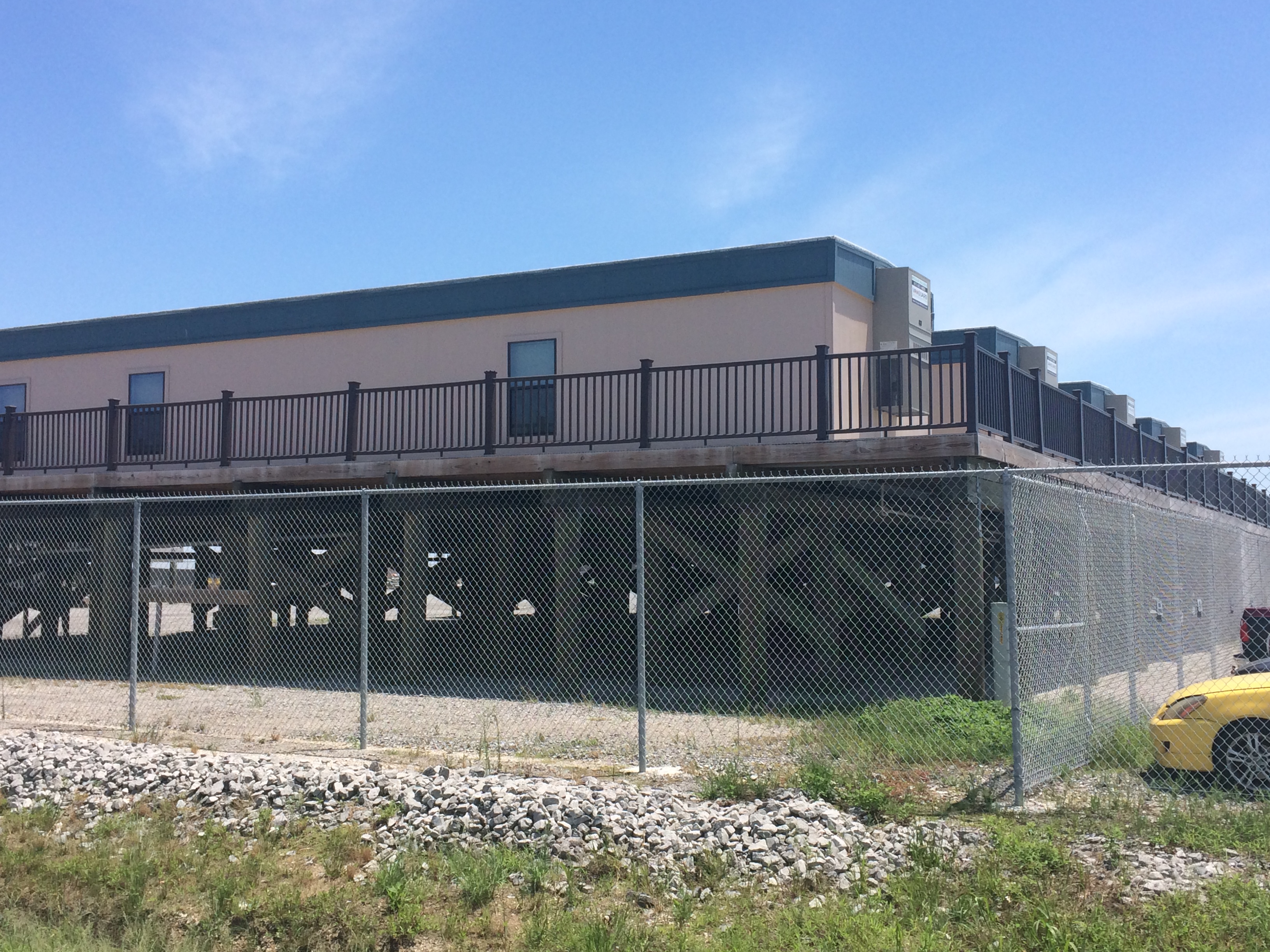 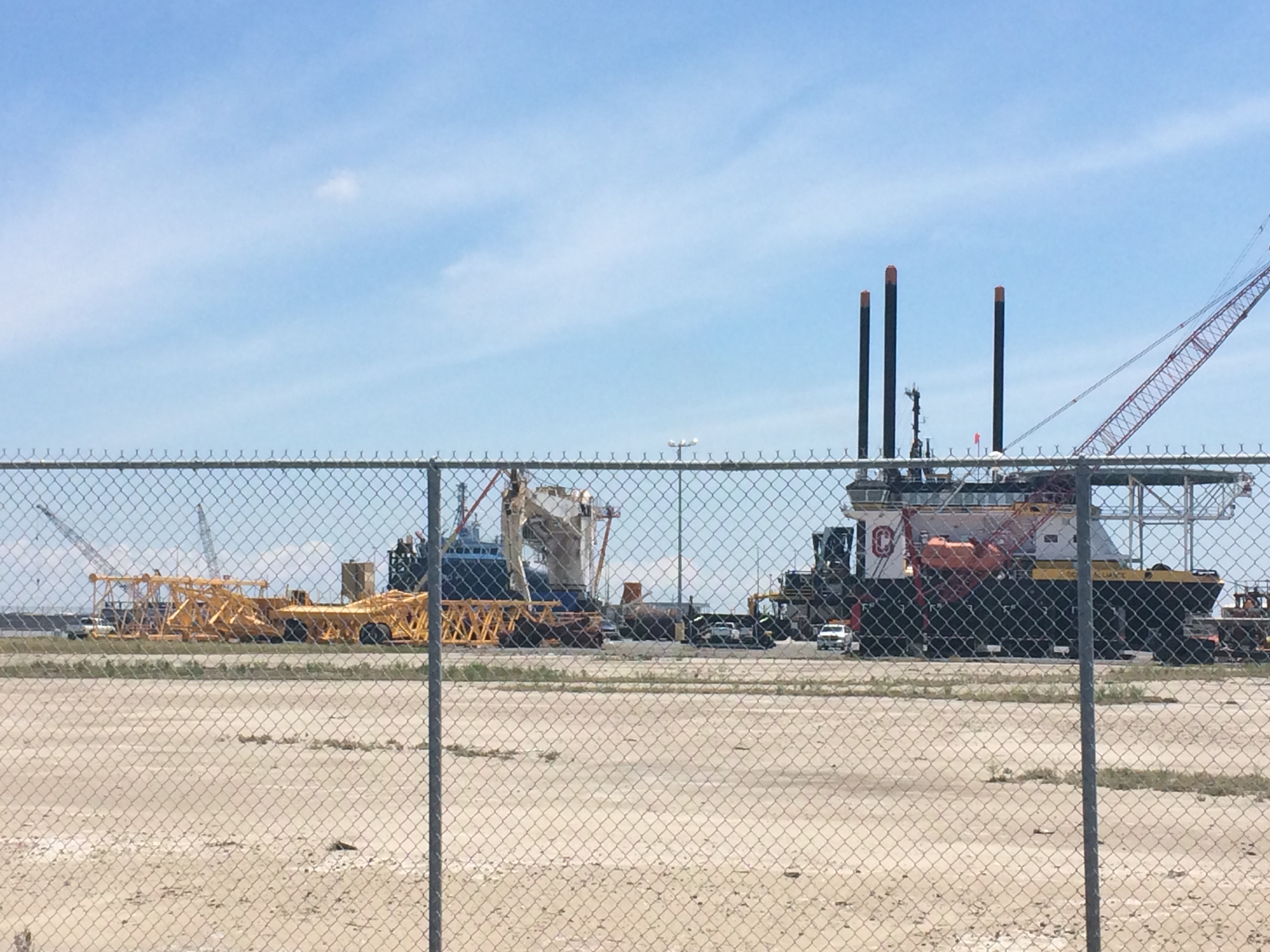 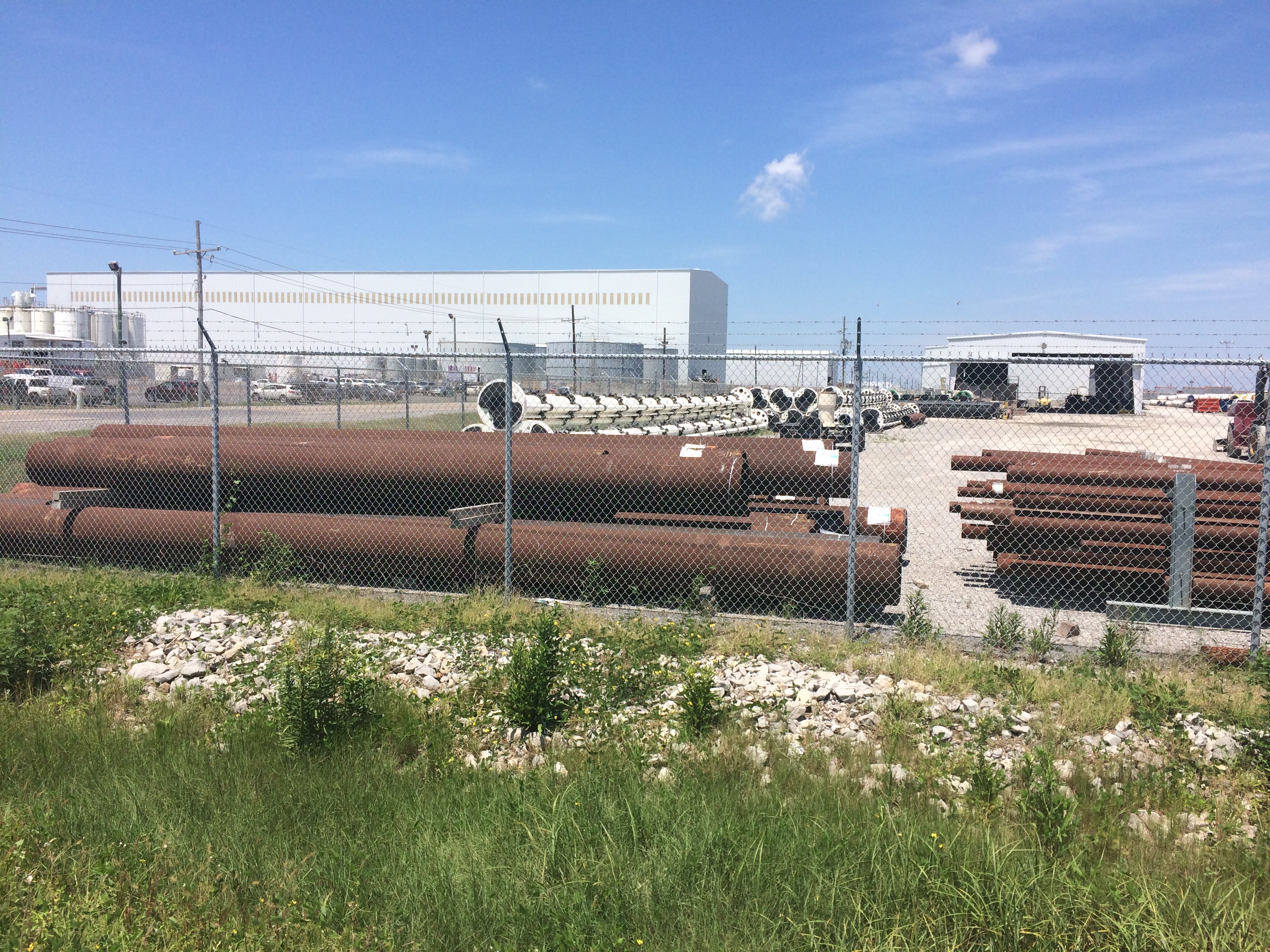 On June 9, 2017, Assistant Chief Counsel Prianka Sharma traveled to Port Fourchon, LA to learn about small business’ role in the offshore oil industry. Sharma met with the Deputy Port Director of the Greater Lafourche Port Commission, who gave them a tour of the facility. The Port Commission has been in existence since 1960, and is the only elected Port Commission in Louisiana. It is comprised of nine members that are each elected for a six year term.

Port Fourchon is a service port for domestic deep water oil and gas. The port does not accept shipments of oil; however, over 1.5 million barrels of crude oil per day are transported via pipelines through the port. It is home to approximately 250 businesses that sit on 1700 acres of land, of which sixty percent are considered small. In total, Port Fourchon services over ninety percent of the Gulf of Mexico’s deepwater oil production, and small businesses play a vital role in providing such services.  The Gulf of Mexico alone provides the U.S. with about one fifth of its domestic oil supply.

Port Fourchon employs its own harbor police force, and houses an incident command center that can be used by federal agencies when responding to both natural and oil-related disasters. The Port serviced the infamous Deepwater Horizon semi-submersible Mobile Offshore Drilling Unit that exploded and caused a fire on April 20, 2010, in the Macondo Prospect Oil Field resulting in the deaths of workers, and an offshore oil spill in the Gulf of Mexico that was considered the largest accidental marine oil spill in the world, and the largest environmental disaster in U.S. history. While Port Fourchon and its many businesses were not directly responsible for this incident, they played a role in disaster relief efforts in the aftermath of the explosion, and served as the site for the 2016 movie “Deepwater Horizon.”

While touring the port, Advocacy staff saw first-hand the number of businesses and industries that are required to assist in offshore drilling operations, from vessel supplies and maintenance, to rig and vessel cleaning companies, to restaurants that feed rig staff when they are on land, to housing supply companies that house oil rig staff directly on the port when they are not on the  water. These businesses comprise the sixty percent of small business that is on the port.  It’s estimated that there are 2,500 workers daily in Port Fourchon.

While the majority of actual oil drilling companies are large corporations, port staff stated that there are still a few companies that mainly participate in shelf drilling (as shallow as 80 ft.) that are considered small, though the market is dwindling with the expansion of deepwater and ultra-deepwater drilling. Ultra-deepwater drilling (approx. 7,000 or more ft.) has increased in popularity due to the higher volume of oil found at such depths.

One of the current challenges facing small business is that with the expansion of ultra-deep water drilling, small business vessel manufacturers are unable to keep up with the costs of supplying vessels and parts for vessels due to the higher cost of production. Port staff stated that many of these vessels come from overseas where it is cheaper to manufacture them.  Another concern raised by port staff was that FEMA regulations regarding building heights are unclear, and that there is not a proper guidance for determining base flood elevations for structures created on the port. This creates challenges for small businesses wanting to build warehouses, or other structures in the port. Staff also cited concerns with EPA requirements and FERC permits. One major concern for the industry as a whole is the impact dropping oil prices have on drilling operations and port functions.

Port staff also spoke about their efforts at environmental mitigation. Not only does the port directly service the offshore oil industry, but they participate in marsh building and wetlands protection, and offer recreational opportunities for kayaking and fishing. While touring the Port, Advocacy staff saw various marine life in the protected wetlands, including the famous “Pelican Pete.”

Port Fourchon’s second largest industry is fishing, and almost all of the fishermen are small businesses.  Fishing near oil rigs is popular because the underwater rigs become support structures for mussels and oysters which then attract large fish. Port staff mentioned that one of the concerns of fishermen relates to recreational and commercial fishing permits, and the challenges that they face in obtaining them. Of greater concern was the fact that allowable catch quantities do not reflect the population of fish available in various parts of the Gulf. Port staff stated that catch quantities should be more location specific, rather than generic for the entire regions.

Overall Advocacy staff were impressed with the symbiotic nature that exists between the oil industry and environmentalists, and left the visit with a deeper understanding and appreciation for small business’ role in offshore drilling.