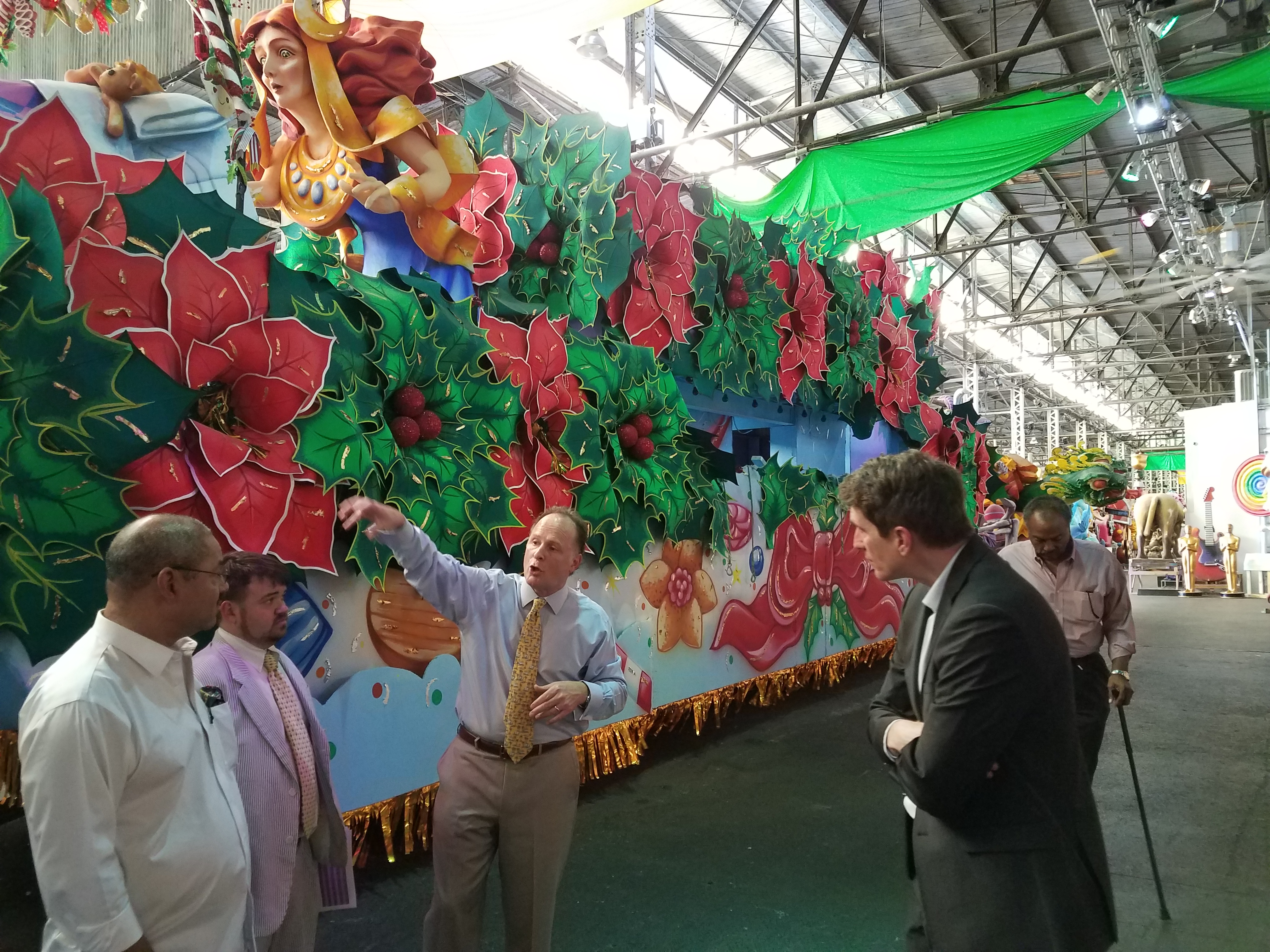 The Small Business Spreads ‘Carnival’ to the Rest of the World

On June 8, Advocacy’s regulatory team visited Mardi Gras World in New Orleans. Since 1947, Kern Studios, a multi-generational small business, has built festive parade floats for Mardi Gras and other celebrations around the world.

The business is primarily known for being the premier float builder for Mardi Gras, a week-long celebration prior to the beginning of Lent, the season when Christians focus on simple living, prayer, and fasting in preparation for Easter.

Owner Barry Kern indicated that Mardi Gras is worth $1 billion to the New Orleans economy each year, which is equal to the revenue generated by three or four Super Bowls. Kern noted that the business employs about 150 employees ranging from tour guides to artisans responsible for creating the colorful floats.

He is proudest of a mechanized robot that significantly reduces the time for creating the intricate characters placed on the float. Kern considers the investment a way for his company to compete domestically and internationally. This is important, Kern told us, because Chinese companies own most of the machines necessary for the creation of Mardi Gras beads and other parade memorabilia, making it difficult for U.S. companies to effectively compete in the industry.

Kern said that federal regulations affecting him the most are the ones that hinder his ability to compete internationally. It is ultimately his desire to expand his business in the Philippines and other locations that host parades and other celebrations.

Advocacy thanks Mr. Kern for allowing us to learn about his vivid business and for personally giving us a tour of his facility.

Advocacy was in Louisiana for Regional Regulatory Reform Roundtables June 7-8.

Linwood Rayford is an Assistant Chief Counsel for Advocacy whose portfolio includes food, drugs, and health. He can be reached at Linwood.Rayford@sba.gov.