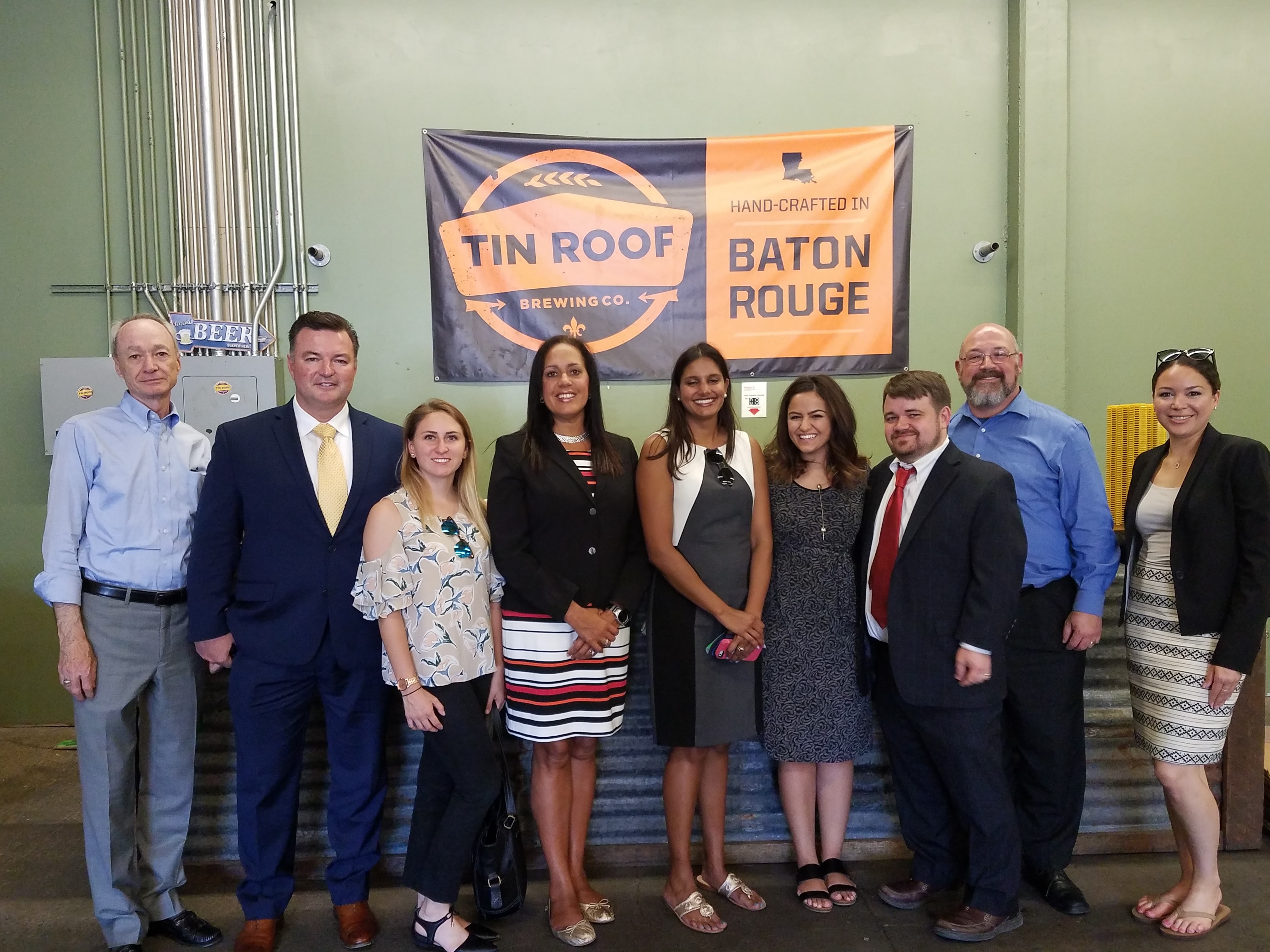 The Office of Advocacy staff traveled to Baton Rouge and New Orleans for a series of regulatory roundtables and site visits to local small businesses. During our day in Baton Rouge, we had the opportunity to visit Tin Roof Brewing Company, a local brewery that specializes in handcrafted beer with a hint of southern charm. Owner and cofounder William McGehee was kind enough to give us a tour of the brewery and share his business story with us.

Founded by childhood friends William McGehee, a lawyer, and Charles Caldwell, a former banker, in 2010, Tin Roof Brewing Company was one of the first breweries of its kind to open in the state of Louisiana. According to McGehee, he and Caldwell decided to open their brewery after realizing they shared a passion for the handcrafted specialty beer they had enjoyed while living out of state but that was difficult to track down in Louisiana. They discovered that despite dramatic industry growth elsewhere in the country, craft brewing had yet to catch on in the Deep South.

McGehee cautioned that it was not easy to break into and navigate this heavily regulated, capital-intensive industry. In particular, he noted that Louisiana’s three-tier alcohol distribution system, which requires brewers to contract with wholesale distributors who then sell to retailers, posed a challenge because they could not sell their beer directly to the local consumers who wanted it. In addition to the three-tier regulatory system, we learned that competition among breweries in a distributor’s portfolio, as well as access to start-up capital, often pose early barriers to growth for new businesses in this industry. Luckily, due to recent changes in state policy, Tin Roof can legally sell beer on-site via its tap room, which is located right next to the brewing facilities. Judging by the crowd on the Wednesday evening we visited, this seems to be good for business.

Now, nearly seven years after its founding, Tin Roof Brewing Company is a thriving small business and a local attraction in Baton Rouge. The brewery even hosts a number of community events to attract more customers such as outdoor yoga and trivia nights. McGehee and Caldwell employ about 20 full-and part-time employees and their beer is currently distributed in five states. The key to their success — passion, quality, consistency, and, of course, a compelling story.

Advocacy was in Louisiana for Regional Regulatory Reform Roundtables June 7-8.

Lindsay Abate is a Regulatory Economist for Advocacy. Abate can be reached at Lindsay.abate@sba.gov.