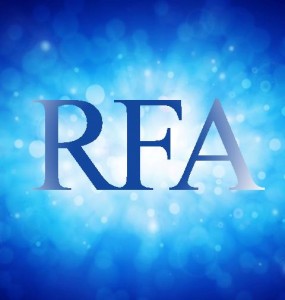 Message from the Chief Counsel: Success Stories from the 2013 Report on the Regulatory Flexibility Act

Each year around this time, the Office of Advocacy issues the annual report on the Regulatory Flexibility Act. The report tells the story of Advocacy’s Office of Interagency Affairs, the group of administrative attorneys who track new proposed rules and encourage federal agencies to fulfill their RFA requirements to properly evaluate the impact of their proposed rules on small businesses. Our Office of Interagency Affairs consists of just over a dozen attorneys, assisted by a handful of regulatory economists. Yet Interagency tracks the work of more than 66 regulatory agencies.

While this is a herculean effort, it has a parallel in the small business world. Small business owners are the hardest working individuals I know. For many of them, the 40-hour work week and the two-week vacation are unknowns. The federal regulatory proposals that affect them are hundreds of pages long, and the time it takes to go from proposal to final rule often stretches over many years. Few, if any, small business owners are in a position to track the proposed rules that affect them and to make their views known.

Luckily, the RFA designates the Office of Advocacy as the RFA’s watchdog. Advocacy stays for the duration, monitoring rules over many years. Advocacy’s Office of Interagency Affairs monitors the Federal Register, works with agencies before and after rules are proposed, reaches out to small businesses, and conveys small business concerns in formal comment letters to agencies as the need arises.

One of these rules concerned proposed changes to the On-site Consultation Program of the Occupational Safety and Health Administration (OSHA). Complying with every OSHA requirement can be a formidable challenge for a small business. OSHA’s On-site Consultation Program provides free, confidential advice to small employers looking to create safe workplaces. On-site Consultation services are separate from enforcement and do not result in penalties or citations. In 2010, OSHA proposed changes potentially opening participants to enforcement actions. Advocacy’s November 2010 comment letter expressed concern that this would discourage participation in a highly effective program. In August 2013, OSHA withdrew the proposed rule, leaving this successful program intact.

While the savings due to this action have no precise price tag, the benefits are clear. One person commented on Advocacy’s blog, “Small businesses often lack the funding or resources to hire an outside consultant so this program is very beneficial. It is so important to remain within OSHA compliance and it is a relief to read that OSHA is keeping the wall of separation between the consultation and enforcement departments.”

A second important rule change came from the Internal Revenue Service. In January 2013, the IRS announced a simplified option for claiming the home-office deduction. Over half of America’s small businesses are based at home, and they have long been subject to a great deal of paperwork if they wanted to take the business use of their home as a deduction on their taxes. Advocacy pressed this issue for decades. Most recently, in a 2009 letter to the Presidential Economic Recovery Advisory Board’s Tax Reform Subcommittee, Advocacy submitted a proposal to simplify the home-office deduction. The IRS estimates that this change in the rule will reduce the paperwork burden on small businesses by 1.6 million hours annually, which Advocacy estimated as saving $32 million. In announcing the change, the IRS called it “common sense.”

A third regulatory success story concerns home mortgages. The Consumer Financial Protection Bureau (CFPB) was created in the wake of the 2008 financial crisis to guard against the practices that brought the U.S. financial system to the brink of collapse. Advocacy has been involved in several of the agency’s rulemakings on home mortgages. In January 2013, the CFPB finalized the Mortgage Servicing rule. In issuing the final rule, CFPB recognized that small mortgage servicers were not the cause of the problem the rule was meant to address. As such, the CFPB exempted 96 percent of small servicers from certain requirements in the final rule, resulting in savings of between $1 billion and $2.3 billion.

These three examples represent years of vigilance by Advocacy’s Office of Interagency Affairs. Thanks to the RFA, this dedicated effort continues on rules of great importance to small businesses. Advocacy’s FY 2014 efforts are in high gear. The RFA continues to be small businesses’ best defense in the rulemaking process.