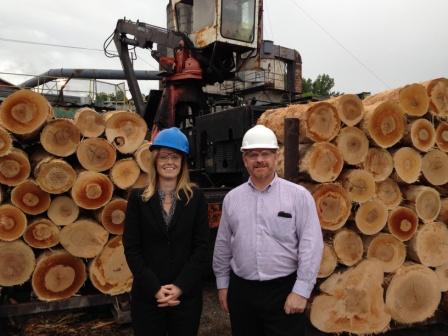 The federal rulemaking process can be long and involved. The Office of Advocacy plays a small but important role in this process which is spelled out in the Regulatory Flexibility Act and several executive orders. The Environmental Protection Agency’s formaldehyde rulemaking is a current example of how the office makes sure small business is represented throughout a prolonged, complex process. (Table 1 contains a brief timeline.) 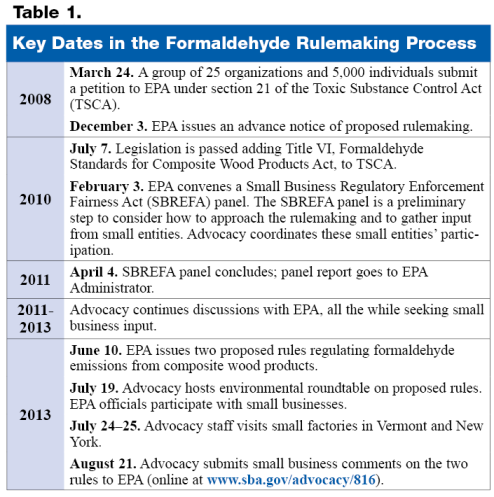 The topic of regulating formaldehyde in home building materials dates to 2005, when the trailers housing the residents displaced by Hurricane Katrina were found to have high levels of formaldehyde gas. The push for regulations was launched in 2008. In March of that year, 25 organizations and 5,000 individuals petitioned EPA to adopt the California Air Resource Board’s (CARB) airborne toxic control measures for formaldehyde in composite wood products nationally. In June, EPA announced a decision to grant some parts of the petition, and the agency issued an advance notice of proposed rulemaking in December.

Advocacy became involved in fall of 2010 when EPA convened a Small Business Regulatory Enforcement Fairness Act (SBREFA) panel. SBREFA requires that EPA seek input from affected small businesses before proposed rules are published. At this early stage, small businesses can help shape the regulatory approach, which is much more effective than asking for substantive changes after a rule has been proposed.

The formaldehyde panel consisted of representatives of the administrator of EPA, the chief counsel for advocacy, and the administrator of the Office of Management and Budget’s Office of Information and Regulatory Affairs (OMB/OIRA). The panel met with 17 small entity representatives from across the country. They commented on EPA’s analysis of the rule’s small business impact and recommended alternative regulatory approaches in many areas. The final panel report was submitted to the EPA administrator in April 2011.

Following the completion of the panel, Advocacy staff attorneys and economists continued to work with EPA on how best to use small business analysis and recommendations. 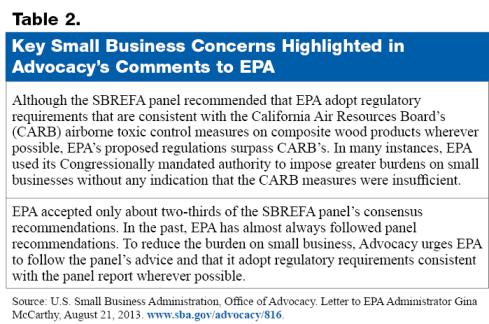 Advocacy will continue to promote small business concerns as EPA develops its final rules. Advocacy hopes this extensive stakeholder outreach and engagement with EPA will have a significant and measureable effect on the final rules and will lead to a reduction in the burdens small businesses face once the rules are made final.

Note that this article appeared in the September 2013 issue of The Small Business Advocate.