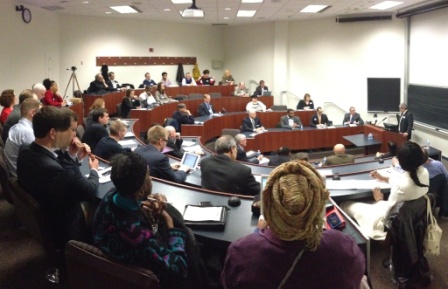 On March 12 and 13, the Office of Advocacy rolled out the next installment in its national conversation on innovation and entrepreneurship. This extended dialog took place at the University of Pittsburgh’s Katz Business School in the heart of downtown Pittsburgh. The event continued Advocacy’s listening initiative, “Small Business and Government: Maximizing Entrepreneurship, Driving Innovation,” launched in Seattle in September 2012.

Pittsburgh is located at the confluence of three great rivers, and was known historically as an industrial center and transportation hub. Steel and railroads defined its economic role in the 20th century. Today, the city is positioned at the “confluence” of important education, research and health care networks, and has emerged as the hub of the regional innovation economy. Despite the economic challenges of the 2000s, Pittsburgh is the focus of new ventures and investor optimism.

In 10 sessions over two days, entrepreneurship and innovation leaders from key industry sectors came together to identify key barriers, big ideas, and best practices that can have positive and significant industry-impacting results through public/private partnerships.

Each session featured an ecosystem of the interdependent aspects of each sector. These discussions were robust and lively, engaging the expert panelists and the 350 attendees. I’ve mentioned one or two of each sessions’ key points to merely hint at the direction of these amazing exchanges.

The Healthcare session cited the need for more large-scale government-run investigative projects, exemplified by the collaboration between the National Human Genome Research Institute (NHGRI) and Department of Energy (DOE) to build on the results of the landmark Human Genome Project. Healthcare breakthroughs are highly investment-intensive, requiring commitments and funding on a scale that only government can provide.

The Energy session provided several inputs, especially the need for a stable and comprehensive 10-year federal policy to eliminate uncertainty in the industry.

The Young Entrepreneurs session featured a diverse ecosystem that included high school age entrepreneurs and innovators. Two of this group’s key messages were the need for student loan deferment for entrepreneurs who meet a predetermined set of criteria and faster implementation of the equity-based crowdfunding authorized in the JOBS Act. Crowdfunding offers a potential solution to the challenges young entrepreneurs face in accessing capital in the early stages of their enterprises.

The ecosystem of Advanced Materials, a sector focused on cutting-edge innovation in nanomaterials, chemistry, and material science, spans research and ideation to commercialization. The group discussed and identified roadblocks including the intermediate fundraising phase of a company’s lifecycle. Many later-stage companies are challenged to secure funding for assets and resort to sourcing funding in regions outside the United States.

A key issue identified in the High Technology and Innovation session was the need to extend technology translational capital (which typically goes from government to universities) to non-university-based technology incubators and accelerators that are key to commercialization efforts.

The Manufacturing session identified the sector’s talent gap as the most critical issue. They would like to see the government put more emphasis on talent recruitment for manufacturing jobs as part of its emphasis on STEM. They suggested a variation on that acronym—STEAM—where the A stands for “advanced manufacturing.”

The Women and Minority Entrepreneurship session highlighted the need for targeted mentoring and coaching on the government contract bidding process, with the aim of increasing the success rate from the current 3 percent level to the 5 percent goal.

The two final panels, Information Technology/Urban Entrepreneurship and Social Entrepreneurship, are two emerging sectors that Pittsburghers say involve a very diverse ecosystem and have the unique potential to provide a far-reaching boost to specific components of the innovation economy in Pittsburgh and the wider region. The Urban Entrepreneurship session suggested that one of the region’s tax incentive best practices be extended to the national level. Pittsburgh’s targeted eight-year state tax incentive program has proven effective at encouraging high-growth companies to locate in low-income communities. The presence of these new businesses has stimulated the growth of support enterprises around them, and the communities have provided a percentage of the local workforce.

In the Social Entrepreneurship session, participants agreed that they would like social enterprises that combine profitability with their social goal to receive the same corporate classifications as for-profit corporations and hence access existing benefits for small businesses. They also suggested that the SBA’s Impact Investment fund that already has a CleanTech focus set aside a percent of funds for social enterprises that meet set criteria.

Lots of positive feedback has followed the event. Pittsburghers in the innovation circle appreciated the ecosystem approach and the holistic and robust discussion it facilitated in each sector. By introducing players in diverse sectors to each other and promoting a lively interaction, the event is another element feeding and expanding the collaborative process that characterizes innovation in Pittsburgh today.

Ngozi Bell is the Office of Advocacy’s regional advocate for Delaware, Pennsylvania, Maryland, Virginia, West Virginia, and Washington, D.C. She can be reached at ngozi.bell@sba.gov. 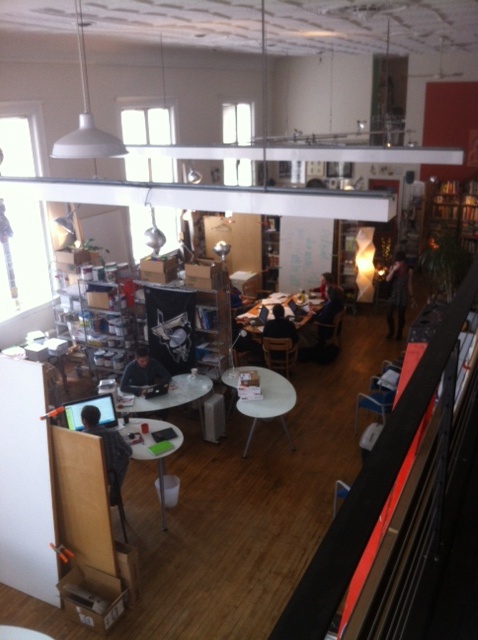 StartUptown (above) and Techshop (below) are two Pittsburgh business incubators. 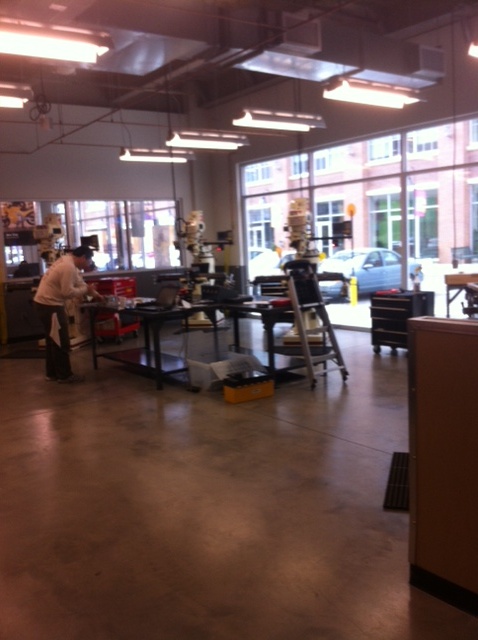