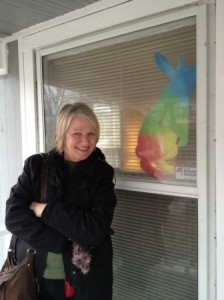 Spend a day in the greater Kansas City area and you can’t help but catch the vibe. Kansas City is intent on transforming itself into America’s most entrepreneurial city. Kansas City is drawing from a rich entrepreneurial heritage. Names like Bloch, Kauffman, and Stowers—a past generation of entrepreneurs—grew their business fortunes here, employed thousands, and generously gave back to their community. The Bloch School of Management, The Kauffman Foundation, and Stowers Institute for Medical Research are outstanding examples of the lasting impact these early entrepreneurs made on their hometown.

Today Kansas City is leveraging its entrepreneurial roots and focusing on ways to make the two-state greater Kansas City area “the” place to be for entrepreneurs.  An economic development shift is underway, working to attract intellectual capital and talent from other regions, so the next new “Big Thing” might call Kansas City home.  Creating an environment that makes life easier for entrepreneurs is one of the Big Five, a set of transformational initiatives espoused by the Greater Kansas City Chamber of Commerce in September 2011. Each initiative is spearheaded by a champion. The guiding forces behind The Entrepreneurial City initiative are UMB Bank Chairman and CEO Peter deSilva and Cerner Corporation co-founder Cliff Illig, two area business leaders who know how to get things done.

The advent of Google Fiber is one of the exciting ways in which Kansas City has separated itself from the pack and is transforming itself into a destination for entrepreneurs.

Google must have recognized something special when the company selected Kansas City, Kansas, from over 1,100 cities vying to be the site of its Google Fiber pilot project. The project promised to equip an area with high-capacity fiber-optic cable delivering super fast connectivity, up to 1 gigabyte a second. With the Google announcement came pledges by both Kansas City governments to work with them, clearing the way—and rights of way—for laying the fiber. Sly James, mayor of Kansas City, Missouri, and Joe Reardon, mayor of Kansas City and Wyandotte County, Kansas, formed the Mayors’ Bi-state Innovation Team to work together to leverage Google Fiber’s presence.

Since its selection in 2011, Kansas City’s Hanover Heights “fiberhood” is now up and running, and it is fast becoming a proving ground for new ideas and entrepreneurs.

The opportunity presented by Google Fiber got local web developer Ben Barreth thinking about how he could bring new talent to town and help grow jobs. Ben and his wife Meredith came up with the idea of Homes for Hackers (H4H), whose stated goal is “to further the business community in Kansas City by offering 3 months of rent-free, Google Fiber-connected startup space to entrepreneurs.” Ben and Meredith have now launched the first of what they hope will be many Kansas City-area houses dedicated to startups and which are fully outfitted with Google Fiber. Ben is inviting out-of-town entrepreneurs to relocate to H4H to take advantage of the fiberhood.  Selected entrepreneurs live rent-free for three months; groceries are their only expense.

I had the good fortune to visit the State Line Road H4H with entrepreneur/resident Synthia Payne, who is the third entrepreneur to live in the house. Synthia was drawn to Kansas City from Denver and is developing her startup, Cyberjammer. I also got to meet H4H residents number 4 and 5: Nick Budidharma, from South Carolina who is perfecting his business, Leetnode, and Phil Jaycox, who moved over from St. Louis to develop  Dealivr. In addition to space for three entrepreneurs there is a fourth bedroom reserved for a short term “fiber traveler.” For a nominal rental fee, a fiber traveler can stay for a week and get a taste of the possibilities of 1 gigabyte connection speeds.

While I was visiting the H4H,  fiber traveler Chris Baran arrived from the East Coast, anxious to get started working at high speed on his FiberRV business. These diverse startup entrepreneurs were coexisting peacefully and fruitfully, living by H4H house rules and concentrating on developing their products with the benefit of Google Fiber.

HRH is a great idea that bears replication, and already others are getting in on the idea of an ultra-high-speed home for entrepreneurs. Brad Feld, author of the book Startup Communities, has also started his own Kansas City Fiberhouse next door to H4H, and is offering residencies to selected entrepreneurs.

Who knows which next Kansas City “Big Thing” will hatch from this adventure?

Becky Greenwald is the Office of Advocacy’s regional advocate for Iowa, Kansas, Nebraska, and Missouri. She can be reached at rebecca.greenwald@sba.gov 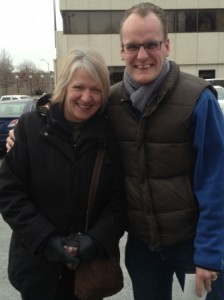 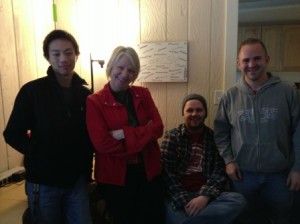