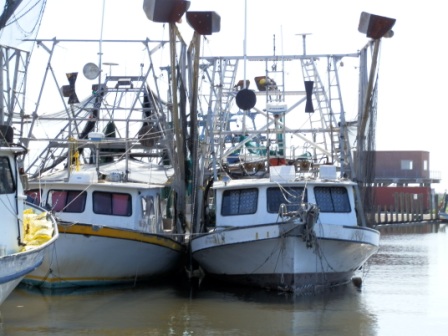 The National Oceanic and Atmospheric Administration (NOAA) has announced its intent to withdraw a proposed rule that would have required the use of turtle excluder devices (TEDs) by commercial shrimping vessels in the southeast fisheries.  The rule would have affected an estimated 6,500 shrimp fishermen.  In its regulatory flexibility analysis of the proposed rule, NOAA estimated that the proposal would have meant a loss of nearly 5 percent of the current shrimp harvest for each affected vessel, in addition to annual and recurring costs associated with acquiring and maintaining multiple devices on each boat.

During the public comment period for the proposed rule, the Office of Advocacy gathered input from small fishing businesses operating in the southeastern fisheries.  These businesses expressed concerns that the proposed rule would cause significant economic harm to the already fragile shrimping industry in the Gulf of Mexico.  In response to this feedback, Advocacy filed a public comment letter regarding the proposed rule.  (Advocacy’s website also contains a fact sheet summarizing the issues.)

Advocacy’s comments to NOAA echoed small business concerns that the use of TEDs would be cost-prohibitive and, in some cases, technologically infeasible for many small businesses.  Advocacy recommended that NOAA evaluate alternatives that would exclude smaller vessels from the regulations to avoid forcing a significant number of them out of business.  Advocacy also urged NOAA to reconsider implementing its proposed rule unless it could show a stronger link between increased sea turtle strandings and commercial shrimping, as well as rule out other causes raised by small business stakeholders in comments.

In a press release announcing NOAA’s intent to withdraw the proposed rule, Dr. Roy Crabtree, southeast regional administrator for NOAA Fisheries, stated that the information the agency now has regarding the effectiveness of TEDs in the targeted fishery “suggests the conservation benefit does not justify the burden this rule would place on the industry.”  The agency plans to research further options for reducing sea turtle mortality in the southeastern fishery.

Go Ahead, Take That Risk!