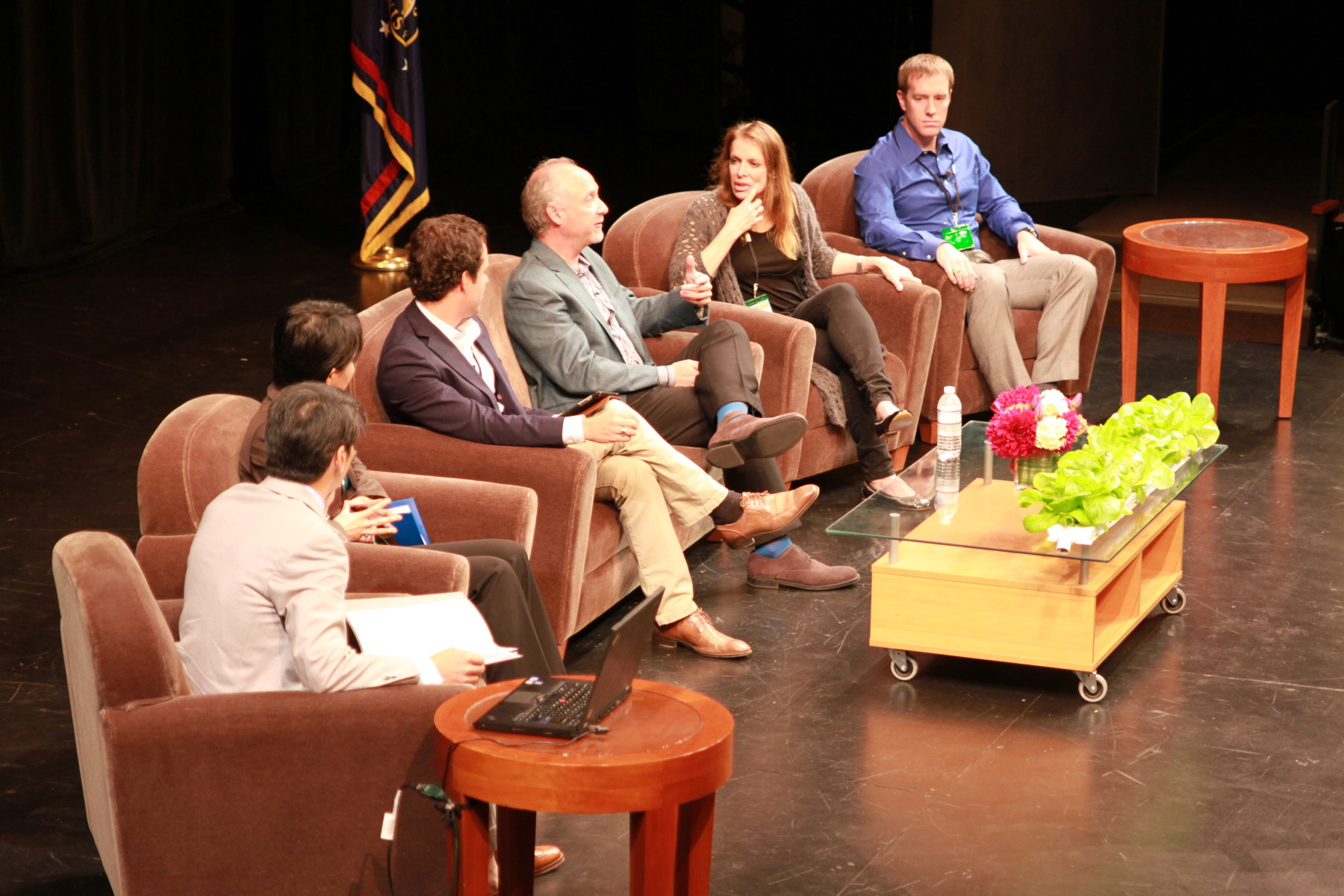 An energetic group of entrepreneurs participated—on stage, in the audience, and online—at Advocacy’s Seattle conference on September 19. The first panel focused on “Small Business Innovators: The Public-Private Relationship.” Moderator Jonathan Sposato noted that in the course of creating their businesses, the entrepreneurs on the panel ran into some issues and looked elsewhere for help.

As I watched the diverse panel of successful entrepreneurs, I wondered what they had in common—was there anything (besides money) that had contributed to everyone’s success? And then I was struck by the parallels in their company histories.

Dave Roberts of PopCap Games said, “PopCap was founded in 2000 by three guys. In 2005, they hired me as the CEO. They had great passion for what they were doing every single day, but they had no idea what to do with all the profits they were making.”

Matt Silver of Cambrian Innovation Inc., said, “I had been working with a friend at MIT who is in biotechnology and we just became increasingly convinced that if we were going to solve these [environmental] problems, we have to use biotechnology. If we weren’t going to do it, who else was?”

Chris Bajuk of UrbanHarvest talked about his passion—ongoing since childhood—for sprouting seeds in small places. “One of my close friends from business school—we have a mutual affinity because we’re both military veterans—saw how much food I was growing in a small area and he said, ‘We should start a business doing this.’”

Linden Rhoads of the University of Washington’s Center for Commercialization put words around it. She said, “What is really critical is not only having one great leader but having a lot of people with a number of skillsets. I spent a lot of years raising money during a time when it was really hard to do. Our company, Cellular Technical Services, was the best performing stock on NASDAQ in’93, but we almost went out of business about a million times before that. A lot of it is managing to stay in business until the good thing happens—which means you need a lot of talented people around you. When I founded my first company [I thought] that I would get to build a great company culture and put a lot of myself into the product. What I found out is that raising money is a full-time job, and the job of the CEO is to keep the company financed. You’re going to need someone else to do the product development and talk to potential customers.”

Finally, Grace Wang of the National Science Foundation’s Industrial Innovation and Partnerships Division stressed that innovation relies on technology and competent people in partnership—emphasis on the people.

Clearly, it was all about partnership from day one—business partners with different skillsets, resource partners in universities and government—and advocates like those in the Office of Advocacy who listen to small businesses and work within government to create better regulations and small business policy.

So, can you create an innovative startup on your own? A whole group of “solopreneurs” is doing just that. But even there, teamwork is crucial, according to About.com contributor Mitchell York. “In my own small business,” he writes, “I have created a network of entrepreneurs who partner with each other to our mutual benefit.”