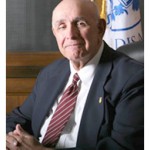 A Champion of Veteran Entrepreneurship Passes

Like advocates for veterans everywhere, I was saddened to learn of the passing of my dear friend John K. Lopez on Friday.  John was truly the father of the “veteran entrepreneurship community” and I am proud to have known and worked with him going back for many years.  A Korean War veteran, John spent a lifetime in service to his fellow veterans, and the list of his achievements is amazing. To mention just a few, he was a prime mover of California’s pioneering 1989 legislation requiring 3 percent of state procurement dollars go to businesses owned by service-disabled veterans, as well as 1999 federal legislation requiring the same in federal procurement. John was the founding chairman of the Association for Service Disabled-Veterans, and a founding co-chairman of the Task Force for Veterans Entrepreneurship, now known as VET-Force. What John started has now grown into a worldwide movement that knows how to shape public policy and fight for its legal rights.

For years, John was THE advocate for developing data on businesses owned by veterans and serviced-disabled veterans (VOBs).  When he started, there was none!  More than anyone else in the world, John was responsible for correcting this situation, and his personal efforts convinced the secretary of commerce and folks on Capitol Hill that we needed data on veterans in business.  As a result, the U.S. Census Bureau resumed collecting data on VOBs and their owners in 2002 after a ten-year hiatus.  With the release of new data in 2011, we now have more information than ever before on VOBs and their owners. This is the subject of a new Office of Advocacy data product published just weeks ago.

Everything that we have now—the data and the policy victories it enabled—is rooted in John’s efforts begun years ago.  Many times, I remember him making the case that good data was critical in order to support and advance veteran entrepreneurship legislation and policy, and he was right on the money—then and now.

Aside from his tremendous advocacy on behalf of veteran entrepreneurship and disabled veterans everywhere, John was my friend and I will miss him very much.  John has left an extraordinary legacy and record of effective advocacy for all veterans and for those who will join these honored ranks in the future.